Taking the tech speak out of a hearing test 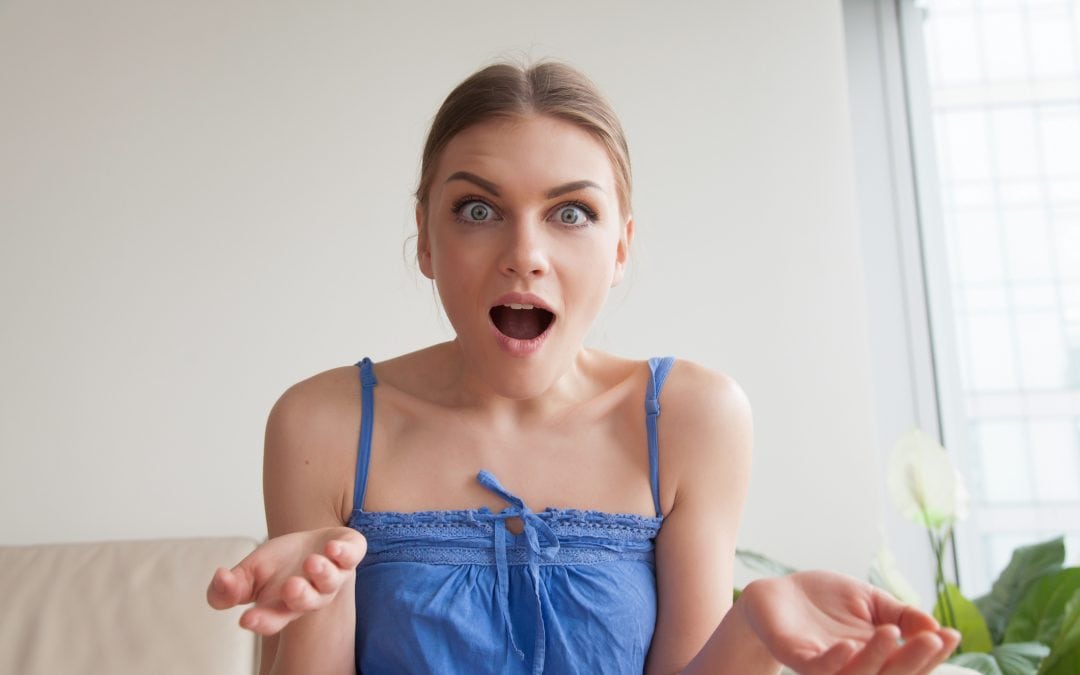 It’s really easy to be overwhelmed by information regarding your hearing when you are given the results of a hearing test. It could sound like this “you have a moderate sensori-neural high frequency hearing loss.”  It’s a symptomatic of professionals to speak in technical language, and as one myself its difficult. I’ll try demystify things for you, so keep reading. See free hearing test online link below.

The original hearing test as we know it today were first seen in the late 1940’s and much of it is still the same to this day. Presenting sounds to determine how quietly they are before you stop hearing them.

The sounds are referred to as frequencies in audiology. A very common professional term. A musician would talk about “notes”. In the days of radio people spoke about low and high tones.

We can look at sounds as bass sounds, these are the sounds that result of striking a drum, or the far left of the piano. The heavy sounds and can be referred to as low tones or low frequencies. These are strong sounds like the roar of a bus or a knock on the door.

In speech the V sound (Phonetically, V as in Dove, Voice) is a bass sound in speech or low pitched Most vowel sounds are bass in nature.

On the other side the “S” sound is a soft sound and a treble sound.  These are the sounds like a whistle, or paper rustling. These sound are weaker and softer. As a result these sounds are easily covered or masked by stronger bass sounds.

I’ll stop here, as I catch myself starting to talk tech, Masking is the way some loud sounds cause softer sounds to disappear. Ever stood talking to someone and the bus arrives and their voice disappears and all you hear is the bus. That’s masking. 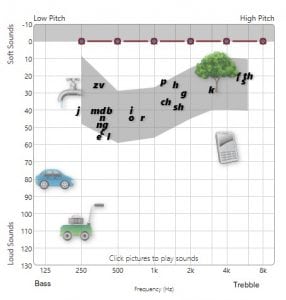 Take a look at the diagram. The left is the bass and right is the treble. Left low frequencies and right high frequencies. With age we tend to hear the higher pitch ( high Frequencies ) less well. Noise  which tends to be lower in tone and masks the higher frequency sounds. Not surprising then as we get older we hear speech less well and people start to mumble as we fail to hear the softer higher pitch sounds well enough.

So, how loud is speech? Loudness is measured in decibels, average speech is about 55dB to 65dB on average and if you look back at the diagram zero decibels is at the top and 100 decibels at the bottom. I was at the cinema recently to watch Star Wars and I measured 90 dB decibels. At 80db it starts be considered dangerous the longer you are in that environment.

Perfect hearing if that exists is 0 dB decibels. That is where a controlled group of younger people were measured to find where they could just hear. The average range is between -10db and 20dB’s.  This would be considered normal hearing.

As I previously explained with age we tend to hear quieter bass sounds better than treble sounds. If I relate this to the first paragraph a moderate high frequency loss usually indicates that the softer consonants (beginning and ends of words) are not heard as well as the bass sounds.

Some people just don’t hear sound loud enough across all the speech sounds (tech talk speech spectrum) . Tech talk we speak of a flat loss. This is because the graph is flat like in the diagram at zero decibels across all sounds. If the graph was at say 30dB, it would be a flat mild loss. This can be significant for someone as they hear people speaking normally and it would sound like a whisper, interestingly this is classified as a mild loss does not seem realistic as the symptoms and affects would not be mild. 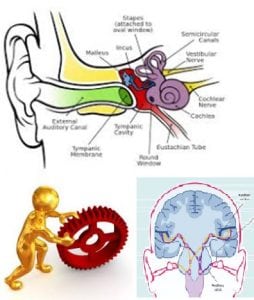 The sensori-neural part of the above statement relate to where the fault may lie in the hearing system. The inner ear where the nerve impulse are generated and the actual nerve which carry the electrical impulse make up this part of the hearing, This is the part usually affected by age and viruses.

The other way we can loss hearing is if the outer part and middle part of the ear fails to channel and send the sound vibrations to the nerve, Tech talk is a conductive hearing loss. This is the mechanical part of our hearing. See the picture of the anatomy.

To make things interesting some individuals can have a combined hearing loss. This in tech talk is a mixed loss.

In summary you can have a loss of hearing which causes you to loss clarity and a hearing loss that ends up causing you not to hear quiet sounds well enough and finally you may have hearing that is a combination of both not hearing loud enough or not clear enough. Your hearing is normal for you and if you have become accustomed to hearing this way it’s normally the case that we will blame others for mumbling or talking while walking away or it being too noisy and it’s usually our loved ones who point out to us we are not hearing well. It’s always a good thing to have your hearing health checked, Book and appoint and let’s find out how well you are hearing. Have a quick online test here.